The term ‘megafauna’ means big (MEGA) animals (FAUNA).  When we say big, we actually mean giant! Picture giant kangaroos and wombats, huge birds, snakes and lizards. These ‘giants’ were at least 30% larger than their modern day cousins. Australian megafauna evolved after dinosaurs became extinct some 66 million years ago.  They lived for around 11 million years and died out in a mass extinction about 46,000 years ago.

Some ten species of Megafauna have been found in the remote southwest town of Eulo. The most common is the Diprotodon, meaning ‘two forward teeth’; a giant marsupial resembling a bear. Given the impressive title as the largest known marsupial to have ever lived, its closest modern day relatives are the wombat and koala. They’ve also found tiny fossils (microfauna) from species of fish, frogs, lizards and small mammals. 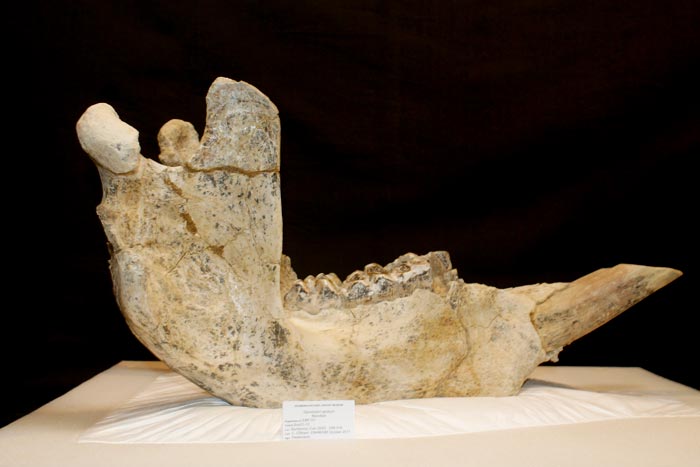 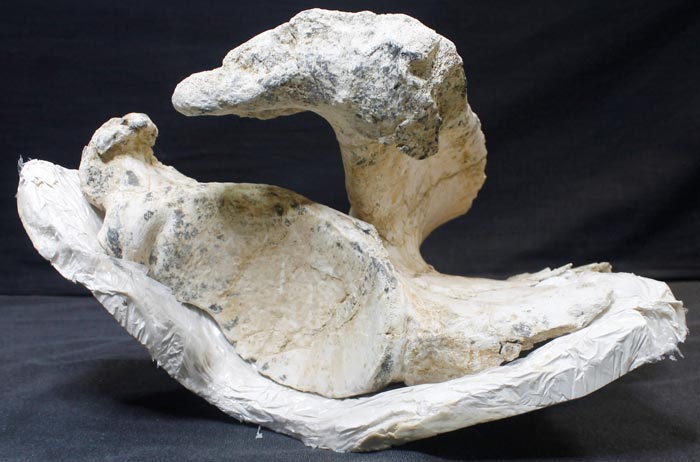 Megafauna species represented to date include:

The largest marsupial of all time with an approximate length of 3m and a weight of 2-3000kg. Modern day relatives include koalas, wombats, possums and kangaroos.

A prehistoric Australian marsupial in the wombat  family, the largest species  (Phascolonus gigas) weighed as much as 200kg

An extinct genus of a giant short faced kangaroo.  It is the largest known kangaroo ever to have existed standing about 2 m high and a weighing about 200-240kg.

An extinct genus of mekosuchine crocodylians.  Remains have been found in the Riversleigh Fossil Fields in North Western Queensland. It reached up to 5 metres in length.

In essence it was very much like a wallaby,‭ ‬though much larger in physical size.‭ ‬Fossils have been found in Papua New Guinea; one of the most geographically wide ranging genera of wallaby.

One of the top Australian predators and last surviving terrestrial crocodiles. It is believed to have measured 2-6 metres long depending upon the species.

Premolars have been found at the Eulo sites, expanding the range of the Tropsodon in the late Pleistocene into South West Queensland.

Many examples of microfauna are also being uncovered on the same site including:

Plant fossils from the time have also been recovered. These will provide an indication of climate.