Quinkana one of the last surviving terrestrial (land dwelling) crocodiles.

It had long legs and was a fast hunter and grew in size from 2m to 6m long becoming a top predator by the Pleistocene.  At this time, Quinkana was one of Australia’s largest terrestrial predators, second only to Megalania.  Quinkana appeared about 24 million years ago and became extinct about 40,000 years ago.  Although there are no living relatives of Quinkana, it has one similarity to Theropod (meat-eating) dinosaurs because unlike other crocodiles who have conical teeth, Quinkana has teeth that are compressed laterally with serrated edges, similar to Theropod dinosaurs.

Teeth of Quinkana have been collected from the Eulo sites, so far, extending the range in the late Pleistocene into South West Queensland. 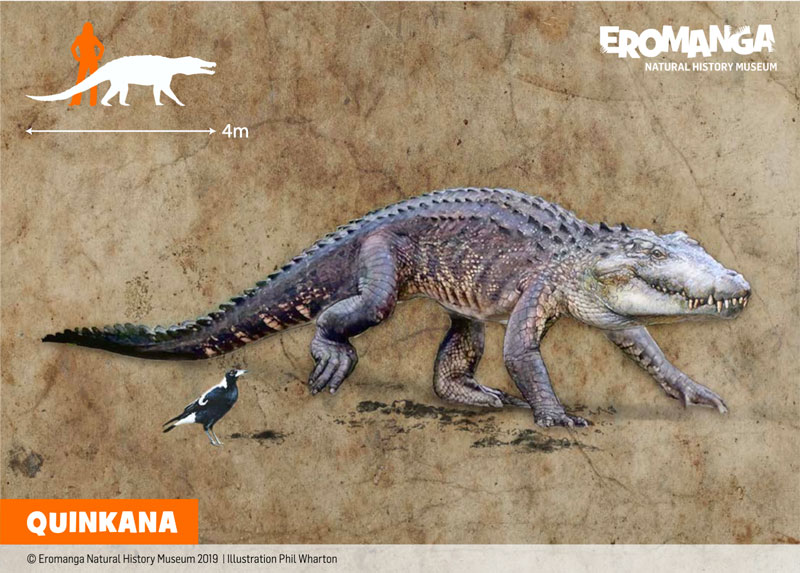