Procoptodon goliah, lived during Pleistocene epoch and was the largest-known kangaroo that ever existed, standing about 2 m (6.6 ft). They weighed about 200–240 kg (440–530 lb). Although similar to modern kangaroo, Procoptodon goliah had several differentiating characters, its large size, more than three times the size of the largest kangaroos today, they had unusual feet and claws which may have been used to grab branches and they were unable to hop due to its weight.

Isolated molars and other skeletal elements have been found in the Eulo sites, expanding the range of Procoptodon goliah in the late Pleistocene into South West Queensland. 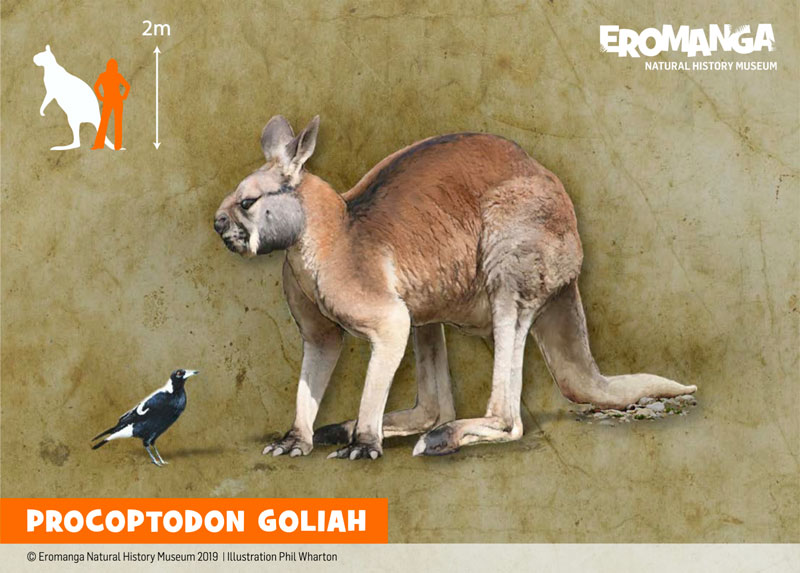