Megalania is the world’s largest terrestrial (land-dwelling) lizard known to have ever existed with a body length for a large individual that grew between 5.5m – 7m. This large carnivore scavenged Diprotodon carcasses, Macropus, Procoptodon Goliah and Protemnodon and other prey that had died or were trapped in the mud springs.  Megalania appeared about 1.5 million years until extinction some 40,000 to 20,000 years ago, with its closest living relative, the Komodo dragon.

Since 2011, many Megalania teeth and some Varanus skeletal remains have been collected from the Eulo sites.   The largest of these teeth collected so far, measures over 2cm long.  Megalania shed teeth and often lose them when scavenging carcasses.  Many teeth have been found around the bones from the Eulo sites and along with puncture marks in bone is evidence that the Megalania was scavenging on the bogged prey.  Each dig more Megalania teeth are usually found. 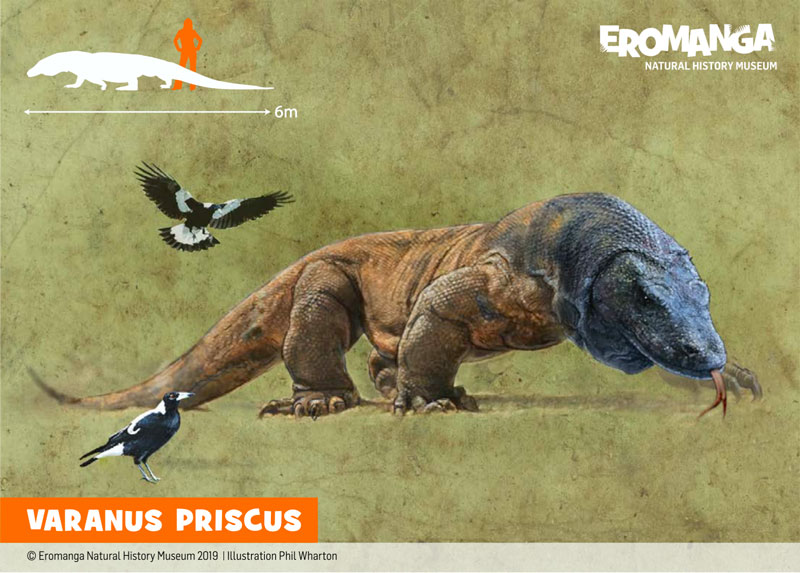